SSG Gloves is returning to Sonoma Horse Park with a brand new promotion for winning riders who are wearing SSG Gloves. The SSG Gloves “Roar for Four” Promotion will debut at Sonoma Horse Park’s season opener, Horse & Hound Spring and will continue throughout the 2013 show season. This year, the SSG Roar for Four expands to the hunters along with the jumpers. SSG Gloves will award a total of $12,000 worth of bonus prize money to successful riders wearing any of the FOUR different SSG styles listed below.

The rules are simple, two hunter and two jumper classes will be chosen at random at each Sonoma Horse Park show. If the winner of a designated class IS wearing a pair of qualifying gloves, they will be awarded an additional $500 cash from SSG Gloves along with the class prize! If the winner is NOT wearing any of the four qualifying SSG Gloves, the prize money will roll over to the next randomly selected class. Please note: the designated classes will not be disclosed in advance, so be sure to wear your SSG Gloves throughout the season!

The qualifying styles are:

SSG Gloves are available at your local tack store or can be purchased at Sonoma Horse Park from several vendors, including The Equestrian Concierge.

Trainer Beverly Jovais thought the following message about riding and phone use from Los Angeles Hunter Jumper Association President, Marnye Langer that appeared in their April 13 newsletter was very good and worth sharing here on the Chestnut Hill blog. 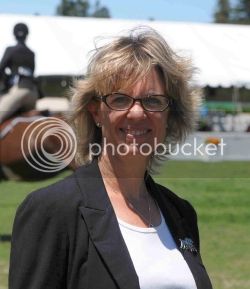 Riding is a dangerous sport, and safety is a common topic here in the LAHJA E-news because we want to encourage our riders to be safe at all times. One specific unsafe practice I’ve seen a lot of lately is playing with your phone while riding, which is not only dangerous for you, but for those riding around you as well.

I know many of us think we can multi-task well, but study after study demonstrates that humans are not good multi-taskers. No matter how busy you are, it’s not worth putting yourself and others in danger. Something or someone will suffer for it. Texting or talking on the phone or checking your Facebook status while riding is simply not smart. Unexpected things happen and horses have their own reactions to things. You may think you have everything well under control, but you can’t control your environment. Many things can happen, like someone else’s horse bucks or spooks, the wind picks up and blows a plastic bag into the arena or knocks a chair over, or a dog gets loose and runs across your path. If you are paying more attention to your phone than riding your horse, you can’t take effective action.

If you really need to answer a phone call, send a text, or update your Facebook status, then leave the warm up ring and stand in a quiet place where you are less likely to be in the way until you are able to pay full attention to your riding.

We participate in a risky sport, so let’s not add to the risk by carelessness. We all need to be responsible for ourselves and courteous to others to make sure we aren’t contributing to an unsafe environment. I want everyone to have as much as possible with your horse. Besides, we are out there because we enjoy riding and our horses. Enjoy the moments to the fullest, because we are very fortunate to be riding and showing.

See you at the shows!